THIS DEVLOG CONTAINS SPOILERS. PLEASE PLAY THE DEMO BEFORE READING.

That Abysmal Place is a 2D horror roguelite currently very early in development. The following is a devlog to show the progress made during the r/SoloDevelopment Marathon Jam, which ran from 25th June to 25th July 2021.

A brief history of That Abysmal Place

The marathon jam provided an ideal opportunity to finish and release the Movement and Combat demo. As such, the goal was simple - to complete the demo to a polished enough state that it could be released on itch.io for people to try. While production on the demo had already started, there were a number of tasks that needed to be completed:

A number of game mechanics were implemented or polished during the jam, some of which were even conceptualised after the jam had started:

Getting combat right was the main focus of the demo, and so a large amount of time was dedicated to this.

While combat already existed in the game, it was extremely rough around the edges. The original idea was to have a somewhat slow, melee-based combat system, where attacks could be queued up by pressing the button multiple times (similar to games like Dead Cells). Dodging was also already in the game, and acted as a way to “break” attack chains, but only after the current attack was complete. This turned out to be fairly frustrating as the player could often see an attack coming, but could not dodge it in time.

The concept of moving and stationary attacks was also already present in the game. The idea was that stationary attacks would be faster but weaker, and moving attacks (triggered by pressing the attack button while moving forward) would be slower but stronger. It quickly became obvious that moving attacks also needed to push back the enemy slightly, to avoid the player passing straight through them. However this had the unintended side-effect of making the moving attacks far more effective than their stationary counterparts.

The first update during the jam was to allow dodging to be triggered at any time (albeit with a cooldown between dodges), even in the middle of an attack. I was afraid that it would make combat too easy, but in fact the balance immediately felt better - a single Shambler for example was easy to deal with, while a group of 4 proved to be a much bigger challenge.

When it came to the attacks themselves, the stationary attacks were made faster and stronger compared to the moving ones, while being riskier due to the lack of pushback effect. The final attack in the sequence has a chance for a large knockback (or “launch” as I’ve been referring to it), which makes stationary attacks a good option if you are cornered.

The stunned and launched mechanics were again already in the game prior to the jam, but were also very rough. Essentially, there is a small chance that an attack can temporarily stun the target, and an even smaller chance that it can knock them flying.

A 50% damage bonus was applied to attacks that triggered a stun, essentially making this a “critical” hit. The launch mechanic was also fleshed-out with new animations and sound effects.

The final piece of the puzzle was how to implement a health indicator to tell the player when they need to heal. With every update to the game I have to ask myself a question; “how does this affect the overall experience?”. I decided very early on to make the in-game UI as minimalist as possible to ensure it doesn’t distract from the atmosphere - currently the only UI present is the (basic) inventory, which fades out when not in use. Of course this presented a challenge for the health indicator. The solution was to simply change the player character’s idle animation based on the damage they have taken:

A large number of player animations needed to be added to the game:

Note that each player animation requires a corresponding sword animation, so it can be attached to the player (except in instances where the sword is hidden, obviously).

The level itself was pretty barebones; not only was it missing a number of rooms, the only decorations were the background textures, the torches, the “Guide” statue, and the stalactites/stalagmites (which way around do those go again?).

As such a number of level assets were created: 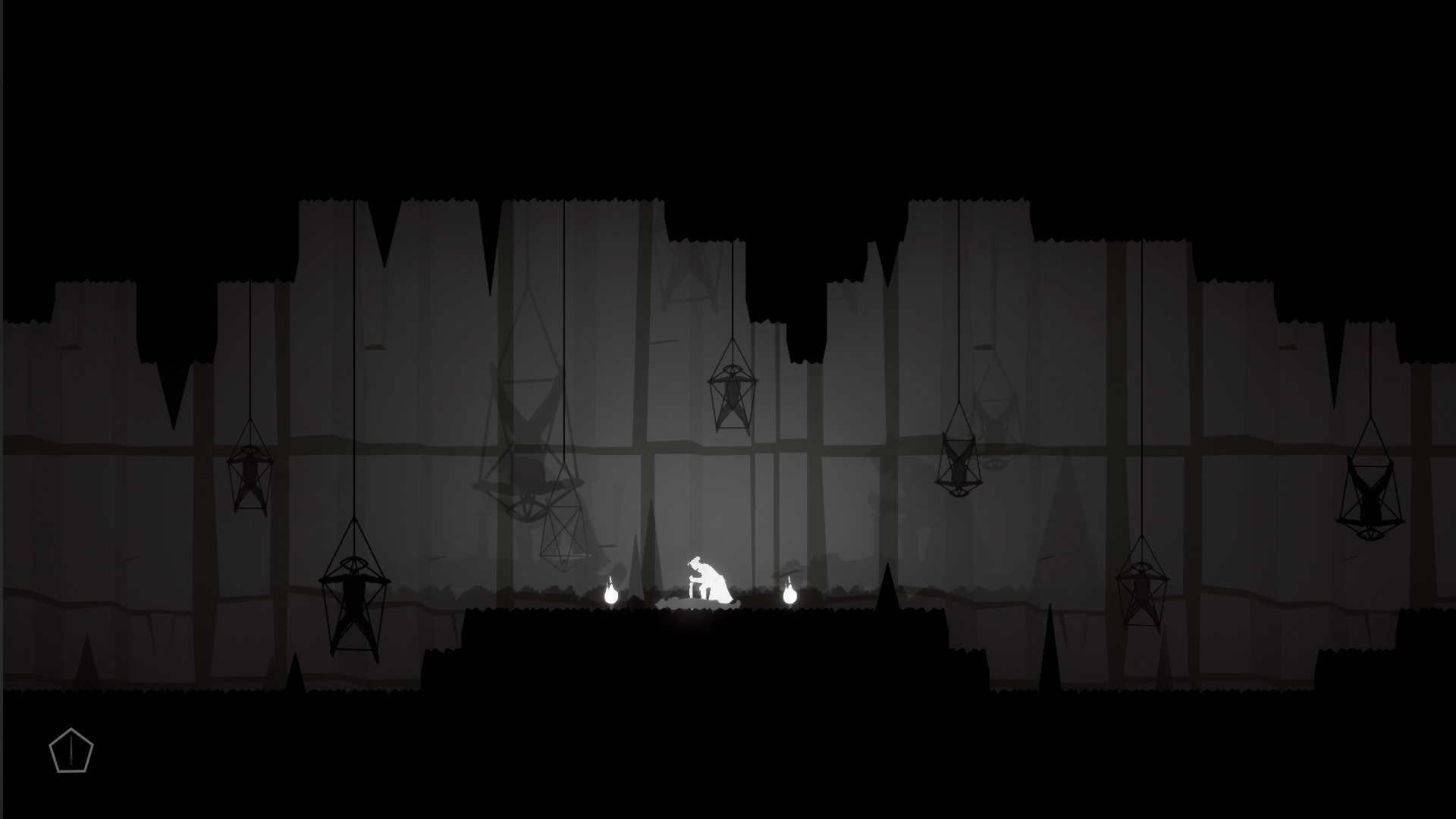 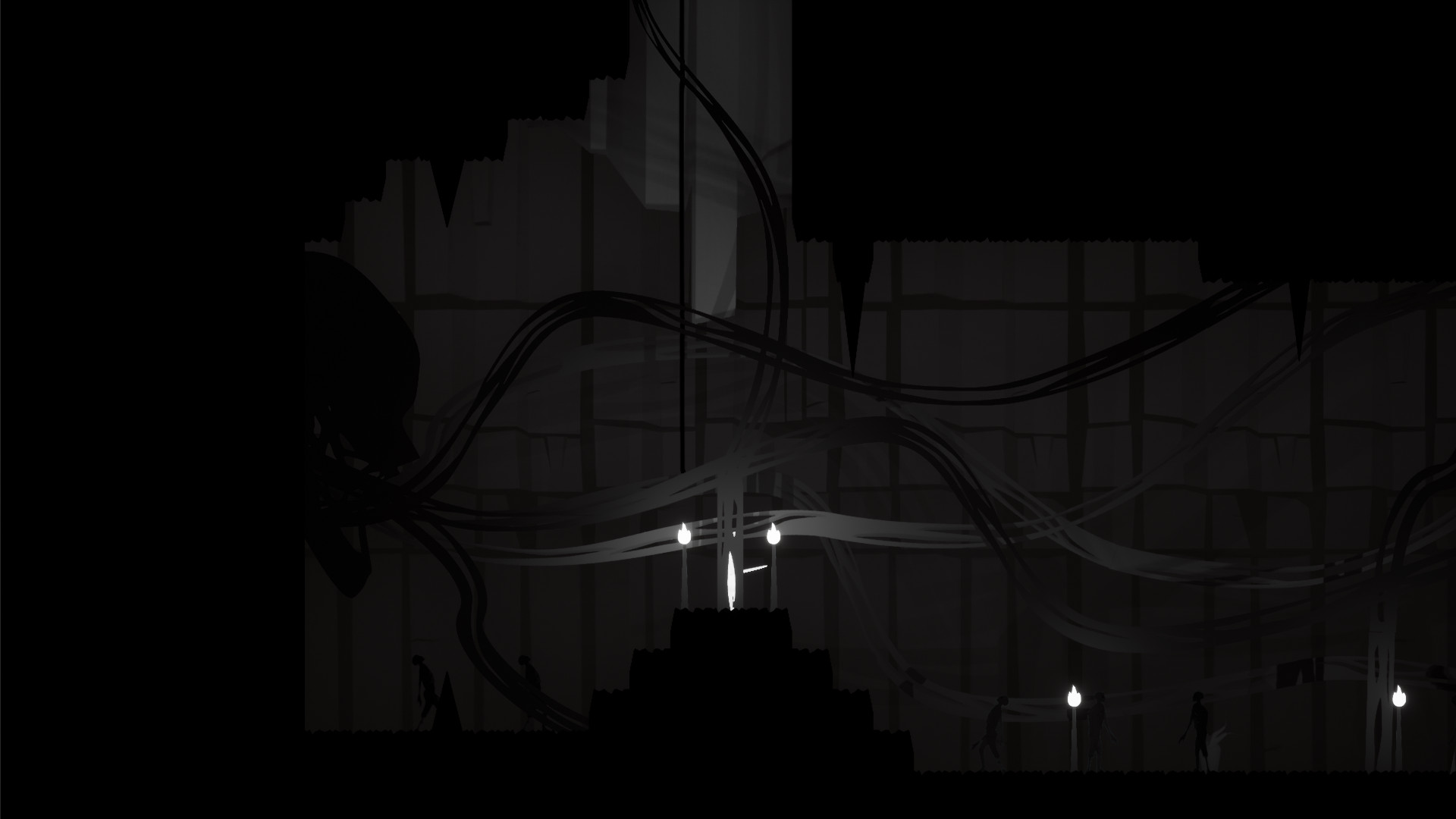 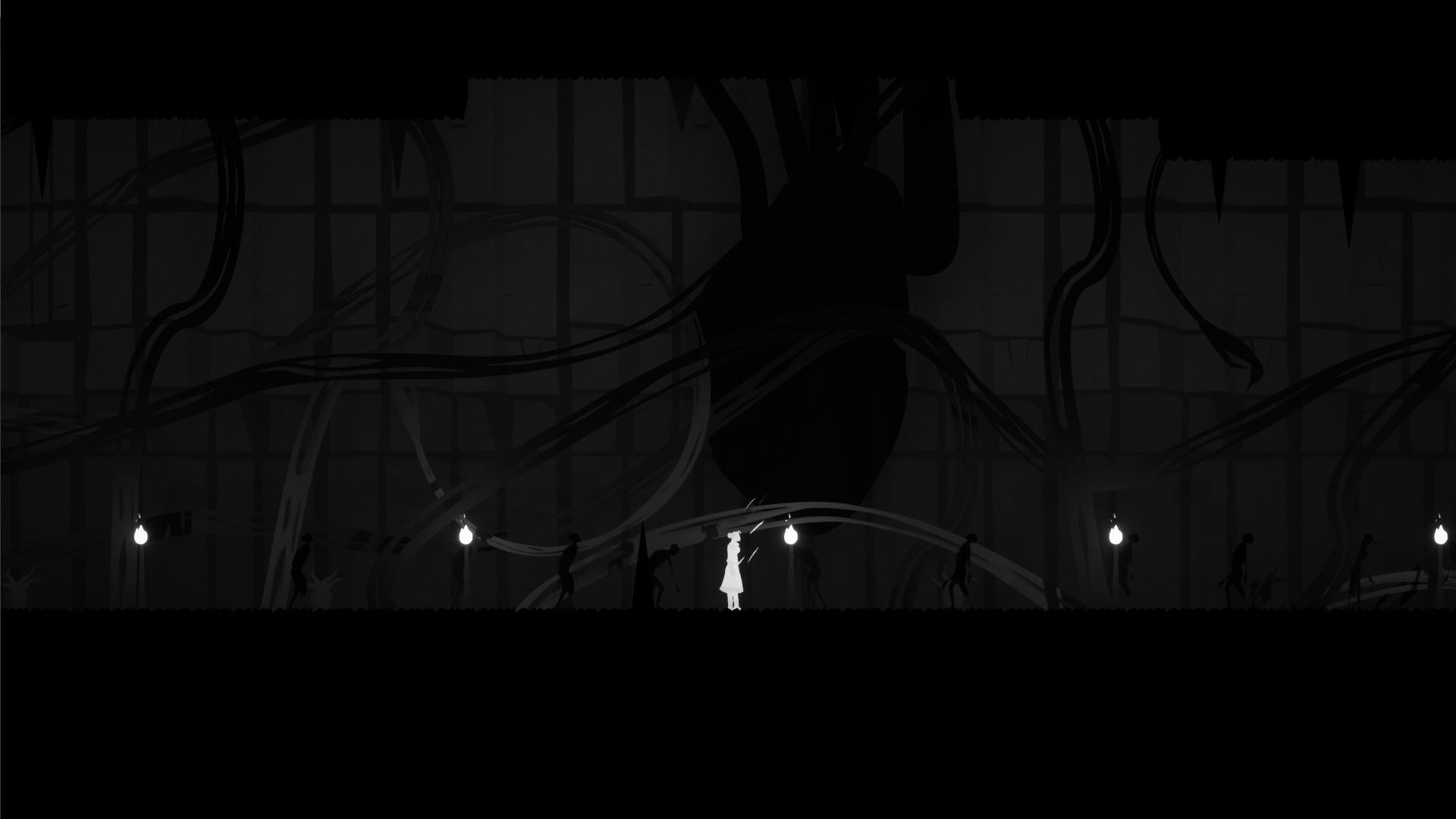 Audio was of course hugely important to the game, and a number of sound effects were added:

Finally, a number of bugs were fixed (a few are unfortunately still outstanding, see "Known issues" section on the game page):

Of course, there were certain… “other” things which were added to the game that I can’t talk about. It won’t let me. Perhaps you can try playing the demo again and seeing if anything is different?

Get That Abysmal Place

A nightmarish 2D roguelite that will leave you questioning your sanity.